Over 100 years of history

Back to About us

De Heus Animal Nutrition is led by the fourth generation of the De Heus family. Koen & Co de Heus both have the role of CEO and lead the company together.

“Every day, we work towards creating better access to safe and healthy food for a growing world population. We do so by providing our customers with the products and services they need to look after their animals and manage the sustainable development of their businesses.” 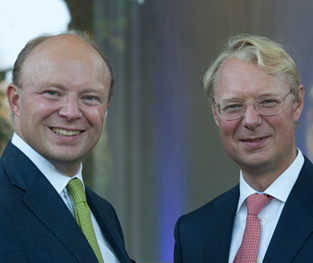 How it all started

The milling history of the De Heus family can be traced back 300 years to the windmill in the famous painting of Jacob van Ruisdael ‘The mill at Wijk bij Duurstede’.

On 28 April 1911, Hendrik Anthonie de Heus founded ‘Graan- en Meelhandel H.A. de Heus’ [H.A. de Heus grain and flour merchant] in the city of Barneveld. The company grew and introduced many improvements over the years. A gas-powered engine was installed in 1914, followed by the construction of a new grain mill in 1926.

In 1951, the company acquired the property behind the mill and built a large warehouse for storing raw materials and chemical fertilizer. In 1956, the first modern silo was built on the same site. 21 metres high and with a storage capacity of 1,000 tons, it was used to clean the grains and dehull the oats used in the animal feed. 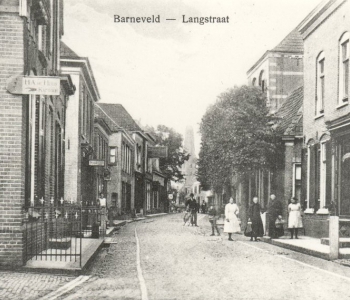 The move from Barneveld to Ede-Wageningen

In 1960, the old factory had become too small. The new factory had a storehouse on the ground floor and a pellet press, briquette press and mixers on the first floor. In 1963, the first silo for bulk transport was added. With the new factory, De Heus became one of the most modern feed companies in the Netherlands.

In 1973, a new silo was built to add more capacity to the factory. As the company continued to grow, more office accommodation was also required. In 1979, a new office building opened next to the factory. In 1983, a transhipment complex was built on the river in the neighbouring city of Wageningen to allow raw materials to be transported from the port of Rotterdam closer to the factory in Barneveld. 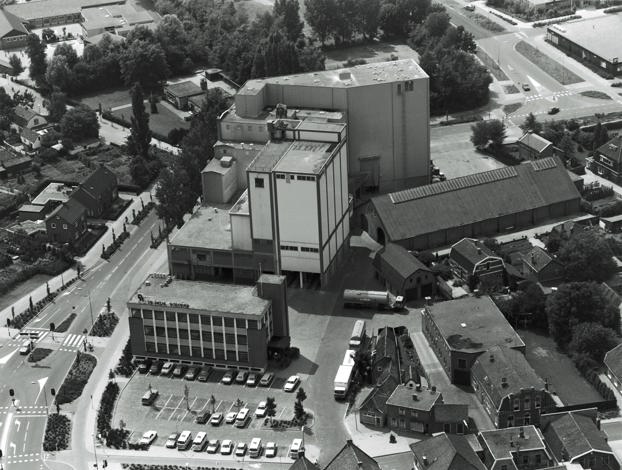 From local to global player

The arrival of a new generation of the De Heus family brought the acquisition of Brokking (1997) and Koudijs-Wouda (1998). De Heus became the second largest private player in animal feed in the Netherlands and acquired an export department – still operating today as Koudijs – that was mainly active in the Middle East and Eastern Europe and a factory in Poland. Following these acquisitions, the company relocated its staff to the current head office in Ede.

In 2002, the company completed several successful acquisitions in Poland, marking the start of its international growth. In the following years, more acquisitions and joint ventures were completed in Egypt, Czech Republic, South Africa, Vietnam, Ethiopia and Russia.

In 2011, the company celebrated its centenary. During its 100-year existence, the company had grown from a small company in the Dutch city of Barneveld to become one of the largest family owned companies in the Netherlands. On 17 June 2011, the company was awarded the 'Royal' designation, allowing De Heus to use Royal De Heus and incorporate the Royal Crown in its logo.

Between 2012 and 2020, the company also embarked on operations in Brazil, Serbia, Spain, Portugal, Myanmar, Indonesia, Ukraine and Ghana.

Read about our purpose

Having been a family-managed business for 100 years now, De Heus finds its roots in sustainability, scalability and worldwide prosperity. As the company is at the cusp of revolutionary innovation and extensive expansion plans, it opened its arms to welcome network partners for expanding its Dairy, Swine and Poultry feed businesses across India. In 2017, De Heus setup it's first plant in Rajpura, Punjab, India.

Being a dutch company, De Heus has long R&D on HF cattle and we introduced customized dairy ration first time in India based on availability of roughage. We are working with the farmers to increase the longevity, total production, yield, reproduction and least cost of production across all the species.

Ever since the inception of business in India, De Heus India has conducted multiple technical seminars, farmer group meetings and individual large farmer meetings with the help of global experts and educated the farmers as to how they can increase their income and profitability. Many farmers have gotten highest performance and achieved economies of scale through their association with De Heus India.

Our major business is established in northern and western parts of India. We are currently growing at a tremendous speed and expanding in new locations. In future, we are planning to invest more in North India followed by other regions to produce toxin free food. We are continuously working for the upliftment of farmers and generating new opportunities of employment for them.

Discover how we provide our expertise in animal feed for farmers all over the world. Get inspired by their success stories.

My piglets went from a 11.7 to a 14.0 weaning rate with extremely high quality

The effects were visible from the very first lactations

Marten and Gea Bouma - The Netherlands

After eight years, our farm already produces 2.7 million litres of milk per year